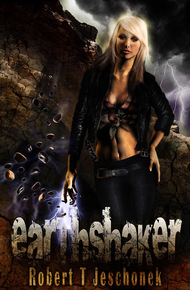 Sexy private eye Gaia Charmer brings new meaning to the words "Earth Angel." This mysterious (and bipolar) bombshell has the power of the Earth itself at her fingertips, but the murder of her best friend knocks her world off its axis. Out for blood on the killer's trail, Gaia and a tough-as-nails rock hound sheriff must overcome Landkind—a secret society of movers and shakers with the hearts and minds of landforms (mountains, islands, etc.)—and a vicious enemy with the key to her true identity.