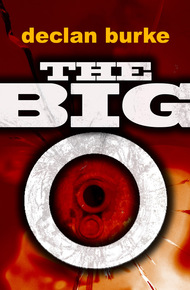 The Big O by Declan Burke

Karen can't go on pulling stick-ups forever, but her ex-boyfriend Rossi gets out of prison any day now and she needs the money to keep Anna out of his hands.

This new guy she's met, Ray, just might be able to help, but he wants out of the kidnap game now the Slavs are bunkering in. Can Karen and Ray trust one another enough to carry off one last caper? Or will love, as always, ruin everything?

A screwball noir from award-winning author Declan Burke, The Big O "takes off at a blistering pace and never lets up. The writing is a joy, so seamless you nearly miss the sheer artistry of the style and the terrific wry humour." – Ken Bruen

Ireland has a great history of throwing up pretty great writers. It also has a habit of developing some great crime writers. Declan Burke is both a brilliant writer, and a brilliant crime writer. The Big O is one I went looking for to add a huge dollop of comedy to your crime. Snappy, hilarious and dark when it wants to be. – Paul O'Brien

In the bar, Karen drinking vodka-tonic, Ray on brandy to calm his nerves, Karen told him how people react to death and a stick-up in pretty much the same way: shock, disbelief, anger, acceptance.

‘The trick being,' she said, ‘to cut back on their anger, get them long on acceptance.'

‘A side aisle. Never the main one.'

‘This is why I don't see you coming,' Ray said. ‘And you're already wearing the bike helmet.'

‘But you're still saying "Excuse me?" at the counter?'

‘That's so no one gets excited. Least of all me.'

‘So you've got their attention. Now what?'

‘I ask if they have kids. Usually they do. Most nights I don't even have to rack the slide.'

‘Lucky me,' Ray said. He sipped some brandy, watching Karen over the rim of the glass. Karen noting the gold flecks in the hazel that gave Ray tawny, tigery eyes.

‘I was aiming wide,' she said.

‘See it my way. You came out of nowhere. Snuck up.'

‘I was trying to get a strawberry Cornetto from the bottom of the freezer.' He lit a cigarette. ‘Then, I stand up, I nearly get my head blown off.'

Karen had seen him late in her peripheral vision, the guy coming up fast as if he were lunging. So she'd half-turned and squeezed, dry-firing. It was over before he even knew it was on.

Except what Karen remembered best was his eyes in the moment when he realised what had just happened. How they got clearer but stayed perfectly still. Karen, knowing he couldn't see her face behind the helmet's tinted visor, had been tempted to wink.

Then the Chinese guy behind the counter said: ‘I just locked up. The money's in the safe. All I got is bags of change.'

‘Gimme your wallet,' she'd said, and checked the driver's license for his address. ‘I know where you live,' she told the Chinese guy, tossing the wallet back onto the counter. The Chinese guy shrugged, glanced at his watch.

Outside on the forecourt, Ray standing there with his shoulders loose, eyes clear, a strawberry Cornetto in his hand, Karen'd said: ‘Fancy a drink?'