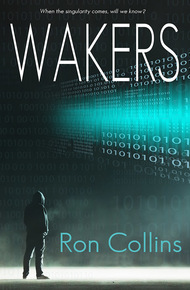 When the singularity comes, will we know?

It's the year 2372, and life is good. Autonomic intelligences do all the work.

Then long-dead multibillionaire Bexie Montgomery has his personality revived, and Kinji Hall, an ultra-creative designer, and Maine Parker, a love-struck, world class track star discover that all is not exactly as it seems. Then there's Tania, who just wants to have fun.

Life, Liberty, Justice, and Love: Can the four of them save the core of humanity?

The thing Bexie Montgomery would remember most about the day he woke up was that the direct newsfeed was running a story about Kinji Hall, and her plan to put soup kitchens in every fashion shop in the world.

Women shop. Women get hungry, and when they are shopping for high fashion they want something sensible and sheik, like soup.

Kinji Hall would make a mint.

She could charge two arms and a leg, and the women would still want more.

It was absolutely, honest-to-God brilliant.

The fact of this news feed became even more interesting later as Bexie discovered he couldn't remember anything else about coming awake.

No sensation of awareness.

No coming out of a gray fog or hearing a chorus of hallelujahs.

There was a heart monitor, he thought at one point, though he didn't know if that was a false memory or whether it came because waking made him think of a hospital room.

He couldn't remember the touch of a nurse or the feel of bedsheets on his naked body. Didn't even recall being concerned about the strangeness of having a voice in his head.

But he remembered the news feed distinctly.

Wondering who Kinji Hall was.

Asking himself how much it would cost to steal her away.