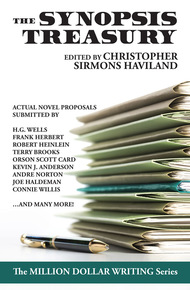 Christopher Sirmons Haviland, also published as C.S. Haviland (CSHaviland.com), has a Bachelor's degree in Radio/TV/Film from the University of North Texas. He is the author of the fantasy novel Faith & Fairies and his short stories include "Change" published in Pronto! Writings From Rome and "The Reality Division" published in Bad-Ass Faeries 2: Just Plain Bad (winner of the 2009 EPPIE Award).

Haviland was Co-Producer on the feature film The First of May (FirstOfMay.com), starring Julie Harris, Dan Bird, Mickey Rooney, Charles Nelson Reilly, Gerard Christopher, Tom Nowicki, and baseball legend Joe DiMaggio in a cameo role. The movie ran for years on HBO Family and won a half dozen awards, including the Award of Excellence by the Film Advisory Board, The Dove Award from The Dove Foundation, and two Best Film Awards from the Burbank International Children's Film Festival.

Haviland is a highly sought veteran in online advertising operations and was staffed in the startup phases of About.com, Mail.com and the Softcard mobile app.

He lives in Frisco, TX with his wife Sara and his three boys, Forest, Sky, and River.

Have you ever wondered what successful authors submitted to publishers? Ever wanted to peek over their shoulders and see their synopses or outlines, the ones that landed a book contract (and maybe even the ones that were rejected)?

Contained within these pages are never-before-seen story submissions by international bestsellers, grandmasters, multi-award winners, and rising stars, each with an original biography and introduction.

But what about the publisher's response? You'll find some of those here too. Have you ever assumed an editor would accept whatever a heavyweight author gives them? This collection proves that even a successful writer may be asked to rethink, rewrite, and resubmit—and that's if the editor likes it well enough in the first place.

Selected by Christopher Sirmons Haviland over a span of ten years, these real story submissions in their context will supplement all those "how to write and submit" books by showing you how it's done.

C.S. Haviland was in touch with me off and on for years as he worked on his gigantic project of The Synopsis Treasury—outlines and pitches for some well-known novels as proposed by legendary authors. He worked tirelessly to gather all the pieces, but the job got so huge it became overwhelming and took a lot longer than expected. He came up to me at Dallas Comic Con a year ago to tell me about the long-delayed project, but I helped him see how he could keep it under control and focus on just one massive volume. I even offered to publish it at WordFire Press, and we're pleased to include it here. – Kevin J. Anderson

Herbert George "H. G." Wells was born in Bromley, Kent in 1866, and pursued a career in biology and teaching in his early life, at one time studying under Darwinian anatomist T. H. Huxley. But a lack of sustained enthusiasm for biology, and an increasing interest in social reform and political matters, eventually led Wells to writing. Complications with his health further led to him leaving his teaching career, and he began venting his political opinions by writing more fiction.

A short story called "The Chronic Argonauts" emerged from this, Wells' first attempt at writing about a machine that allowed an inventor to travel through time. Inspired by this story, he would revisit the subject and expand upon it, injecting his feelings about human society and industrial relations. Encouraged by his publisher, he would serialize this time traveling story that would culminate in 1895 with his first fiction in long form: The Time Machine. In that same year, The Wonderful Visit was published, his satire about an angel that was shot because it was mistaken for a bird. However, The Time Machine's provocative title and subject, released at the dawn of radio and electrical technology and other society-altering inventions making news, was rapidly intriguing to the public, overshadowing his favorably reviewed fantasy.

Bolstered by his new fame, and stumbling into a style of fiction not well defined at the time (which we would now call modern science fiction and fantasy) that was a natural vehicle for social commentary and extreme metaphor, in a mere six years Wells serialized and ultimately produced a string of novels that would become literary masterpieces: The Island of Doctor Moreau, The Invisible Man, The War of the Worlds, When the Sleeper Wakes, and The First Men in the Moon, while simultaneously writing dozens of short stories and non-fiction works, including Anticipations of the Reactions of Mechanical and Scientific Progress upon Human Life and Thought, Mankind in the Making, "The Argonauts of the Air" (about the invention of a flying machine, prior to the first flight of the Wright Brothers), "The Land Ironclads" (which introduced giant war machines before the tank was invented) and "A Story of the Days to Come."

Now considered one of the fathers of science fiction, Wells passed away in 1946.

While H. G. Wells is most remembered for his science fiction, a majority of his work cannot be classified as such. He wrote many short stories and novels that are considered mainstream drama, romance, and comedy. What follows is a letter by H. G. Wells* to an unknown American Publisher in early 1896, regarding his new novel, The Wheels of Chance: A Bicycling Idyll. It was his fourth major novel, after The Time Machine, The Wonderful Visit, and The Island of Doctor Moreau.

The Wheels of Chance is a romantic comedy that takes place on a bicycling journey across the English countryside. Wells himself was an avid cyclist, and bicycles were at their height of popularity at this time, soon to be overshadowed by automobile mass-production. While the letter is not dated, it establishes that the story had not yet been published in novel form, but was about to be published in serial format in a weekly magazine-journal called To-Day which circulated from 1893 to 1905 from London, founded by Jerome K. Jerome (the famed author of Three Men in a Boat). Until the late twentieth century, it was common practice for novels to be published in serial format, and success of the story or author would later warrant republishing in book form. But as periodicals began to drift away from fiction and focus more on news, novels published as books became more successful.

In this letter, Wells presumed to tell the American publisher what he'd like to receive as payment, and that he'd only send along the complete story if the publisher was fairly certain of picking it up. This is not the recommended style of communication if you are an unpublished writer looking for a publisher for the first time. In today's world, the publisher will ask you for the materials they need to make a decision: an outline perhaps, the first three chapters, and eventually the full manuscript. Then they may ask you for rewrites. And if you make it through all of that, they will tell you how much they are willing to pay (if they haven't already). Unless you are already a successful writer, do not expect much room for negotiation, if any at all. Wells was already a celebrity author by the time of this letter, and even still was not yet at the peak of his success, with The Invisible Man and The War of the Worlds to follow in the two successive years immediately after The Wheels of Chance.

I have just completed a story of 60,000 words which will appear here serially in Mr. Jerome's To-Day. It is a purely humorous work & describes the sensations & adventures of a drapers assistant during a ten days holiday tour upon a bicycle. At the outset he rides rather badly & experiences the usual fatigues of the beginner. He becomes involved with an elopement & finds himself (through no fault of his own) with a young lady (in rational areas) & a bicycle upon his hands. He is pressured by the lady's friends. The young lady is a highly educated girl of advanced views which she has derived mainly from books, & the humour & a touch of pathos at last arises out of the contrast between her & the simpleminded, half educated, commonplace, sentimental & well meaning shopman. The details of bicycle riding, carefully done from experience, & the passing of characteristic scenery of the south of England, should, I think, appeal to a certain section of the public.

Of my published works the story is most like "The Wonderful Visit." It has no 'scientific' element & it is entirely free from 'horrors.' It is longer & more carefully constructed, disposed to offer for the American rights of such a book. I am prepared to accept the following terms, of a one & a half dollar book—10% up to 1000 & then 15% with a cheque on account of royalties of £20. The story will begin to appear in To-Day in April & will run out in August. I have made no arrangements for American serial rights, & unless I do, the book will have to be published in America in April or May. As my time is so limited I shall be glad if you will send for the book only if there is a fair prospect of your publishing it. I could post the typewritten copy at once on receipt of a cablegram.