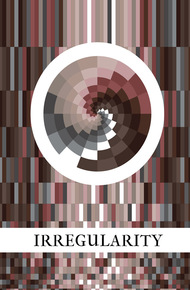 In the 17th and 18th centuries, men and women from all walks of life dedicated themselves to investigating, classifying and ordering the natural world. These brave thinkers dedicated themselves and their lives to the idea that the world followed rules that human endeavour could uncover... but what if they were wrong?

Irregularity collects over a dozen new stories from some of the world's most imaginative writers, published to coincide with a major exhibition at London's National Maritime Museum.

From John Harrison to Ada Lovelace, Isaac Newton to Émilie du Châtelet, these stories showcase the Age of Reason in a very different light.

Contains "The Spiders of Stockholm" (longlisted for The Sunday Times EFG Short Story Award) and "A Woman Out of Time" (selected for the Tiptree Award Honors list), as well as Gary Northfield's artwork, selected for Spectrum.

"The one fiction tome in this bundle, this fascinating set of short stories, originally commissioned in conjunction with the National Maritime Museum in the UK, weaves delicious stories from the maverick scientists who set the scene for computing, from Isaac Newton to the sainted Ada Lovelace." – Simon Carless

From "The Voyage of the Basset" by Claire North

It was impressed upon me, when agreeing to this expedition, that secrecy was essential. I have abided by this request but, as a scholar of the natural sciences, I consider it a poor practice of my craft not to set here down some observations upon the voyage of the Basset, that future generations may, when this secret is no longer sacred, come to share in our ventures.

I was only recently returned to England's shores from my voyage with H.M.S. Beagle, and had little thought of venturing to sea again, when the commissioners came. At first I was reluctant to even hear their proposition, considering that the work I had to do in documenting my experiences at sea and far-off land a far greater matter than any affair of state.

"But Mr Darwin!" they implored, "Can you not see the urgency? When Her Majesty is crowned it is an event which will define the nation! The eyes both of her citizens and of foreign powers — some still hostile to the Empire — will be upon us!"

I muttered some indignant noise as to the effect that it seemed unlikely, England's situation being what it is, that some few hours of pomp on Her Majesty's behalf could yet determine the fate of a nation.

"My good sir," retorted Mr. Fellows, a portly fellow of squeaking voice and flushing cheeks, "all the kings and queens of Europe will attend this coronation, the greatest statesmen of our age! The Emperor of the Chinese, the Moguls of India, Sultans and Khans, Rajas and Tsars pay her homage. Were the event to be anything but a triumph, I do not see how we could hold our heads up high in society."

There, I divined, was the heart of the matter; for these gentlemen were civil servants, tasked to ensuring a spectacular celebration for our Queen. They couched their actions within the language of mighty events and vital diplomacy, yet family men still they remained and I could not but feel that it was a question of their salaries and position at work which dogged them, more than any visiting dignitary.

"Be that as it may!" I exclaimed, "I hardly see how I, a mere naturalist, can be of any assistance to you."

"Mr Darwin, you are recommended by both Captain Fitzroy and the Reverend Henslow as the only man!"

This bold claim I met with some doubt, despite the naming of several men to whom I am indebted, but they then pursued the matter with words most unexpected to my ears. "We have a scheme — indeed, such a scheme! — that will guarantee the most magnificent celebration for Her Majesty's coronation, and you are essential. What, sir," asked Mr Fellows, "Do you know of the lycaenidae?"