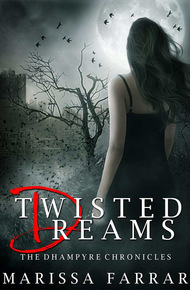 Marissa Farrar is a full-time author of more than forty novels. She resides across the pond in a quaint English village, and when she's not writing, she's rescuing fur babies or taking care of her three non-fur babies.

She loves to hear from readers and can be emailed at marissafarrar@hotmail.co.uk. To stay updated on all new releases and sales, just sign up to her newsletter! https://landing.mailerlite.com/webforms/landing/o0j7z7