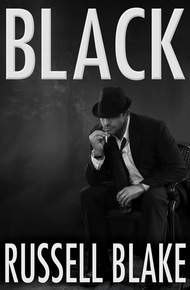 Featured in The Wall Street Journal, The Times, and The Chicago Tribune, Russell Blake is the NY Times and USA Today bestselling author of over thirty-five books, including Fatal Exchange, The Geronimo Breach, Zero Sum, King of Swords, Night of the Assassin, Revenge of the Assassin, Return of the Assassin, Blood of the Assassin, Requiem for the Assassin, The Delphi Chronicle trilogy, The Voynich Cypher, Silver Justice, JET, JET - Ops Files, JET II - Betrayal, JET III - Vengeance, JET IV - Reckoning, JET V - Legacy, JET VI - Justice, JET VII - Sanctuary, JET VIII - Survival, Upon A Pale Horse, BLACK, BLACK Is Back, BLACK Is The New Black, and BLACK To Reality.

Non-fiction includes the international bestseller An Angel With Fur (animal biography) and How To Sell A Gazillion eBooks In No Time (even if drunk, high or incarcerated), a parody of all things writing-related.

Blake is co-author of The Eye of Heaven, with legendary author Clive Cussler. Blake's novel King of Swords has been translated into German by Amazon Crossing, The Voynich Cypher into Bulgarian, and his JET novel into Spanish, German, and Czech. Having resided in Mexico for a dozen years, Blake enjoys his dogs, fishing, boating, tequila and writing, while battling world domination by clowns. His thoughts, such as they are, can be found at his blog: RussellBlake.com

Artemus Black. Perennially down-on-his-luck Hollywood PI whose Bogie fixation is as dated as his wardrobe. With an assistant who mocks him relentlessly, an obese cat that loathes him, a romantic life that's deader than Elvis, money problems, booze, nicotine, and anger management issues, how much worse can it get? When he takes a case that's supposed to be easy money working for a celebrity whose colleagues and surrounding paparazzi are dropping faster than interest in the star's big comeback, the cakewalk turns ugly and Black finds himself in a web of deceit, betrayal, and murder - and bad hair days.

The first in a new series from bestselling author Russell Blake, Black is a detective mystery with a difference that fans of the genre are sure to enjoy.

"I've always been a fan of noir detective fiction and Russell's Black fits that bill perfectly."

"A harsh wind tore at the scrub along the edge of the rural road, the gusts assaulting the hills with startling ferocity. Electricity crackled across the elephant-hide sky as the Ford Econoline’s tires shrieked in smoking alarm. The heavy vehicle lumbered around a hairpin turn, far in excess of any sane speed, engine roaring as it labored toward the summit. The Ferrari California 30 convertible ahead of it negotiated the curves like an Olympic skier, its red taillights winking at the van like a taunt, the deceptive twists a slim challenge for its driver, even after more than a few drinks.

It was late afternoon and a front had moved in, one of the freak storms that could come out of nowhere and disrupt the late spring warmth that was the birthright of Southern California’s privileged. Flashes of light pulsed within the blanket of dark clouds brooding over the hills, threatening a downpour at any moment, but for now the heavens’ growling was the harmless protest of a caged bear.

Another curve, another screeching drift as tortured rubber fought to grip the asphalt and the huge motor propelled the cargo vehicle closer to its elusive quarry. Inside, a hirsute young man with two days’ growth dusting his swarthy features gripped the black lens of a Canon EOS 5D camera and gritted his teeth as the driver gave the van everything he had, pushing the ungainly conveyance to its limits.

"Damn. Slow down, would you? It’s not worth getting us killed," he complained. ?"Relax, Omar, I’ve got it under control," the driver snarled, his furrowed brow betraying the lie in his assurance. An old Chevrolet pickup truck swung around the bend and narrowly missed the van’s front fender, causing them to lose a few precious seconds as the Italian car pulled over the rise and began its descent down Malibu Canyon Road, the sheer drop to the rocks hundreds of feet below a slim deterrent to its increasing speed."