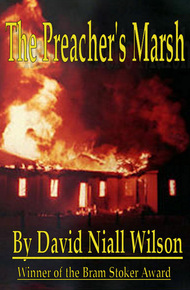 Gideon Swayne is a man of God. He's spent his life in a peaceful town in southern Illinois tendng a very quiet, happy congregation. With the war in the South ending, and the slaves freed, Gideon is called to a new mission. He goes south - the cotton fields of North Carolina - to take the word of God to the newly free.

What he didn't count on was the hatred of the citizens of Old Mill, North Carolina...the love of a swamp witch named Desdemona ... the friendship of a young boy...and a life that would challenge his faith and his sanity, show him darkness and magic such as he'd never witnessed, and lead him down the darkest paths through men's hearts.