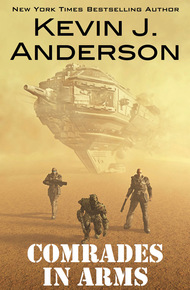 A damaged cyborg soldier and an enemy alien fighter turn their backs on the war and try to escape. But the human and alien governments can't tolerate the two deserters working together, so they join forces to hunt them down.