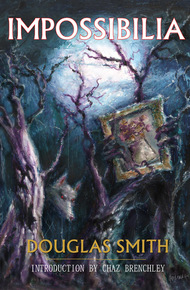 In "Bouquet of Flowers in Vase, by van Gogh," remote viewing drives a search through the past for lost masterpieces. An ex-CIA agent, haunted by the presence of his dead wife, falls in love with a beautiful remote viewer with her own secret. But can viewing the past change the present?

Cree Indian legends, a love triangle, a covert government agency, and shape shifters collide in the award-winning "Spirit Dance," described in Challenging Destiny as "...a vivid and wonderfully written tale about Native Canadian spirits, in the vein of Thomas King."

In "Going Down to Lucky Town," an itinerant gambler chases a streak of luck across the country, while trying to win back the love of his daughter. The secret he finds forces him into the gamble of his life for the highest stakes of all: his daughter's life.

If the friends and enemies of Charles Tobias Perlman could agree on one thing, it was this — you never bet against Charlie the Pearl.

And if his enemies numbered higher than his friends, well, Charlie just put it down to the life he had lived. A life that did not appear, at that particular moment, as if it would be lived much longer.

He lay in the dirt behind the Canadian National Exhibition in Toronto on a beautiful August evening of 1967. His mouth was bleeding and his head throbbing from the beating just delivered by Eddie Fenton, his former partner-in-crime who was now taking out a gun.

Reaching down, Eddie pulled the big pearl stickpin from Charlie's tie. He polished it with a couple of rubs on his paisley shirt, then stuck it in the lapel of his dirty denim jacket.

Charlie looked up at him, licking blood from his lips. "That," he commented, "looks ridiculous."

Recent events ran through Charlie's head faster than a drugged filly. He spat out a broken tooth and chuckled. "Kid, you know absolutely nothing about luck."

Eddie laughed. "And you do? Lying bleeding in the dirt and about to eat a bullet?" He pulled back the hammer with a click that sounded like two dice knocking together. "You got nothing left to teach me, pops."

With an amazing degree of detachment, Charlie watched Eddie's finger tighten on the trigger. "Trust me, kid," Charlie said quietly, "I'm about to give you one last lesson."