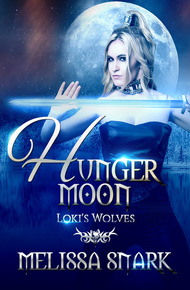 In an alternate earth where the ancient Norse gods rule, one woman's destiny will determine the fate of the world. This first Ragnarök: Doom of the Gods omnibus edition includes the first and second books in the best-selling series: Valkyrie's Vengeance and Hunger Moon.

In many ways, this bundle is the brainchild of Melissa Snark. After we were in that limited edition boxed set which I've mentioned in a few of the other author bios, Melissa asked me how she could get a book in StoryBundle. I told her she needed to be asked by a curator, then realized that I'm a curator. More than that, I thought, "Hey! A StoryBundle with Melissa would be just grand."

That was early 2017, and StoryBundle was booked solid (pun intended), so we set a date for early 2018. Melissa helped me find a few of the writers. She decided to contribute her own tiny boxed set—the first two books in her bestselling Ragnarök: Doom of the Gods series.

I'm happy to share her work with you. I think you'll enjoy it. – Kristine Kathryn Rusch

The white wolf glided across pristine snow. Starlight illuminated the night. The hunger moon had entered a new phase, an emaciated shadow of its former self. The woods along the lakeshore were silent, save for the occasional foraging deer. The prey caused her tail to quiver and her nose to twitch with predatory interest, but she passed them by and ran on.

Victoria had left the Golf parked in a scenic pull off about a mile north of the Koenig residence. Traveling as a wolf permitted her to approach the property over dense, difficult terrain. She moved stealthily, slipping between the trees, decreasing her chances of detection.

She emerged from the forest into a clearing located beyond the boundary of the yard. Thick-trunked pines surrounded the field, and the house was visible through the trees. A stone-lined path led to the boathouse, and a thirty-foot dock stretched out over the opaque plane of dark water.

In the center of the clearing, Victoria underwent a complete transformation to human. Her clothing remained behind in the car, so she walked naked through the winter night. Her bare feet left tracks in the deep snow, and she shivered despite her natural resistance to the cold.

Victoria shoved her loose hair back from her face and slipped the band she wore on her left wrist over her hand. She pulled her hair into a neat ponytail.

Stepping with care, she moved through the clearing. "Lori, are you still here?"

The silence stretched with no response. With a sigh, Victoria turned toward the lake and considered her options. Sneaking around behind Arik's back carried considerable risk, and she hated to leave with nothing to show for it.

Victoria cleared her throat and tried again. "Lori Koenig—you showed yourself to me once already. There must have been a reason. Will you come out and tell me what you want?"

With a huff of frustration, Victoria turned to leave.

A frigid blast of air beat down on her. She ducked her head and raised her hands to protect her face from the frozen wind. It stung her eyes and caused them to water. The stench of fresh blood flooded her nostrils.

The wind abated, and Victoria looked up to find an apparition before her. "Lori?"

Silvery light swirled about the spirit's form. Unblinking amber eyes flecked with green and red stared straight through Victoria. Her light brown hair framed an oval face, and she possessed sculpted beauty like a marble statue. Her bare arms and torso bore deep slashes. She wore a white flowing robe, torn and bloody. The lower half of her body blurred and faded so she appeared to float.

"This is where I died?" The spirit's voice conveyed her uncertainty. No self-awareness shone in those disturbing and familiar eyes.

Victoria glanced heavenward and shot off a quick prayer for patience. "Yes, this is where you died. My name is Victoria. Do you remember revealing yourself to me the other night?"

Recognition finally crossed the spirit's countenance. The scent of blood grew stronger as she manifested, coalescing from a wispy phantasm into a solid figure. "Are you Logan's friend?"

Victoria snorted. "Friend is a bit of a stretch, but yeah, for the sake of argument, if it will help you to tell me what you want from me."

The spirit extended her arm. "Logan is in danger. I fear for him."

Victoria reached out and caught the spirit's hand, seeking to provide a real connection. "Lori, I need for you to focus. You can speak to me because I'm a shaman, able to see and communicate with spirits."

The spirit stared at her in confusion. "Victoria?"

"Logan is in danger."

Victoria sighed and throttled her impatience. She wished, just once, she could meet a coherent ghost. Apparently, it was too much to ask.

"No, Logan hurt you, Lori. Do you remember how you died?"

Tears filled the spirit's eyes. Her hands trembled in Victoria's grasp. "No, Logan is my son. Please..."

"Lori, your spirit is tormented because you were murdered. You're reaching out to me because there's something that has prevented you from moving on." She sought to keep her voice gentle but insistent.

Perhaps if she changed her tactic... "Lori, are you seeking justice? Tell me who killed you."

The spirit wept and shook. While she grew distressed, Lori's body lost form and substance. She started to fade. "No, I— Please help me? I can't—"

"Lori, I want to help you but you need to tell me what it is you seek. Justice? Revenge?"

The ghost shook her head. "No, neither."

"What is it then?" Victoria grew more desperate with each passing moment. In a second, the spirit would be gone and she would still have nothing concrete to go on.

"Logan!" Lori whirled toward the house. The wind kicked up again and assaulted Victoria with biting cold.

"Mom!" Logan's shout filled the night. The thunder and crash of his approach destroyed Victoria's communion with the spirit.

"Shit!" Furious, Victoria turned toward the house. A moment later, she performed a double take in surprise. "Lori, how is it that he can see you?"

The tormented spirit offered no answers. Instead, Lori floated toward her son with arms extended. Logan perceived only the welcoming embrace of his mother. Victoria watched with dread, expecting the worst, a spirit hell-bent upon revenge.

"Logan, no! Stay back!" The wind swallowed her voice. She surged forward in an attempt to protect him, but then hesitated out of self-preservation. She considered Logan more unpredictable and dangerous than a wild animal—a wolf capable of slaying blood kin.