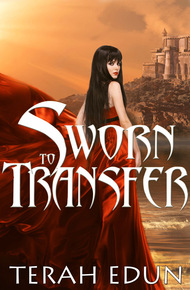 A great series is defined by characters you want to root for. Seeing Ciardis grow into the talents she didn't know she had, and watching her combine them with hard-earned street smarts was a treat for me. The thread of danger and intrigue that infuses this book with its excitement was icing on the characterization cake. – Joseph Lallo

Minutes later Ciardis was struggling to remember where she was. Her ears were ringing, her head pounding, and her whole body felt like it had been run over by a horse at full gallop. Pushing herself up on her hands and knees, she felt wooden shards and glass under her hands. The minstrel, who'd been closest to the outer wall, was unconscious on the floor. She was shocked to see a piece of glass the size of her arm sticking out of his shoulder with blood quickly pooling beneath.

Before she could go to him, a voice stopped her. "If you want him to live, you'll leave him there." The duchess of Carne stood in the wreckage of the outer wall which had been blown apart. Her silver hair glinting in the moonlight as she smiled and said gently, "And you'll come with me, Ciardis Weathervane."

Her head still fuzzy, Ciardis tried to reason out in her head where the woman had come from. The wall was gone, shattered, and in its place stood the duchess. Frowning, Ciardis took in the two guards behind her. One with his hand on the duchess of Carne's shoulders; an impropriety that usually would not be tolerated. Usually. Ciardis wondered if he had his hand on the duchess to pull her back to safety if necessary. But that couldn't be the case. There was nothing but open air behind them, where the hole in the wall was.

Blinking Ciardis opened her mage sight and saw that man was glowing. He had some kind of power. It wasn't the huge glow of a full mage, but it was sizeable enough to get what he needed done.

"I do not have all night," the duchess snapped. "Take my hand and we'll be transported back to the palace grounds by my guard. You have my word."

Ciardis eyed the duchess but couldn't see a hint of magic on her body. She wasn't planning on anything nefarious with magic anyway. At this point it didn't look like Ciardis had much of a choice.

Ciardis didn't see Stephanie. Where was she? Abruptly she noticed that half of the wall had come down where the girl had been standing. Was she alive or was she dead?

"Be a good girl and come along," the duchess said with impatience. "I don't know how long that minstrel will survive bleeding like that. The sooner we leave, the sooner the healers can arrive."

Ciardis had the knife up her sleeve. She was contemplating using it, stabbing the duchess and making a run for it. And then the lighter in her pocket lit up with heat against her thigh. Not enough to burn her, but enough to give her caution and hope. Perhaps Stephanie was alive.

Relying on Stephanie wasn't Ciardis's preferred option, but then again the duchess might know more about her mother's last night at court. Then again, she might just try to kill her.

And then they were gone.