Weird Nothing by Joseph R. Lallo

Small towns can be a little weird. In this one, weird is nothing.

Raymond is new in town, and he's not happy about it. Coming from the big city to this backwater burg feels like a punishment. There's just no excitement! But Lewis, a local boy desperate for a new friend, is determined to show him that there's more to this place than it seems. When all else fails, he points out the old abandoned army laboratory called Cobalt Ridge. It looks pretty interesting, and Lewis' grandfather has a key!

Surely there's no harm in taking a little look. What's the worst that could happen…

Weird Nothing is a webcomic collaboration between Joseph R. Lallo and Adam J. Hall. It is an ongoing project with semi-regular updates at weirdnothing.com. This is a collected edition of the first four chapters.

I love artwork. Commissioned art, fan art, and everything in between is a large part of what drives me to create more characters. It's not unusual at all for me to end up commissioning new art from people who simply made some fan art, just because I love their style. That's how I crossed paths with Adam J. Hall. First, he did some Book of Deacon fan art. Then I commissioned some fantasy art. Then I commissioned some character work. Eventually he asked if I had an idea for a webcomic to co-produce. He gave me two characters he'd drawn recently, and I cast them in a sci-fi fantasy adventure. The rest is history. I love how its coming out so much I asked if I could wrap up the story so far for you good folks. – Joseph R. Lallo 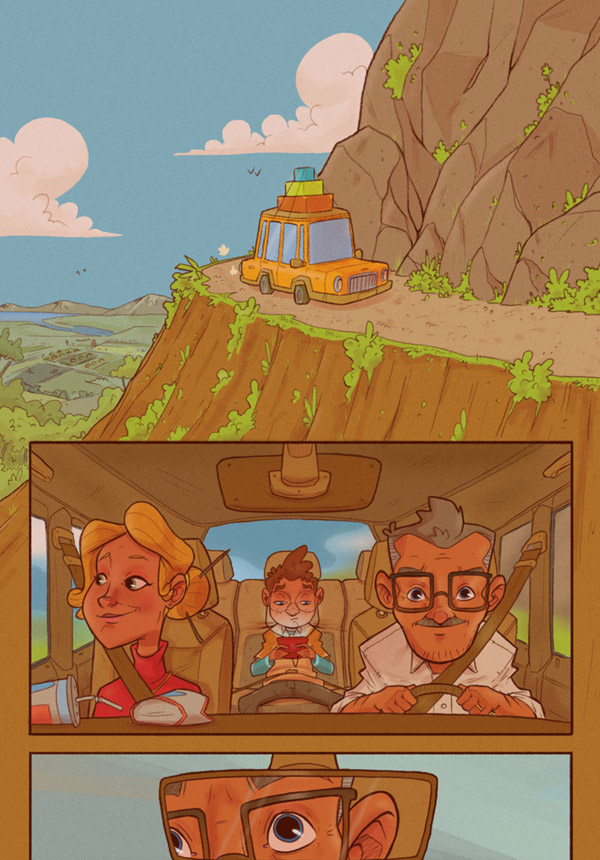