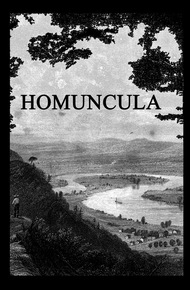 John Henri Nolette lives in Oakland, California with his wife, son, and two dogs, Darly and Traven. He works as a deckhand at the rotting, rat-infested piers that look out at San Francisco Bay, and also teaches art to children.

He enjoys drawing, talking, thinking, and making music with friends. In his free time he roams the Oakland hills with his dogs day dreaming about space travel, time travel, and destroying civilization.

Born and raised in the violent days of the Labor Movement, in 1920's New England, Robert Henry Pearce falls in with a group of "bomb-throwing" anarchists and agitators determined to bring about the collapse of industrial civilization. After meeting and befriending Sacco, Vanzetti, Luigi Galleani, and his gang, he becomes embroiled in the dangerous, and terroristic, exploits of the class war anarchists inhabiting the greater Boston area. But, as perilous as these activities are, they're the least of his concerns because Robert Henry Pearce has a much more serious problem.

Haunted by increasingly intense cravings, Robert is consumed with the baffling and overwhelming need to feed upon his fellow humans. What is more, satisfying this hunger triggers the onset of numerous supernatural abilities, powers which enable him to perfect his predation of the men he selects as his victims, the many racist sheriffs, judges, Pinkertons, military men, and union-busting robber barons of the burgeoning Industrial Age. Frantically researching the changes that are slowly overtaking him, Robert reads everything he can find, hoping to shed a light on the incredible and horrifying transformation happening around him and inside him.

But perhaps the most disturbing developments are the terrifying, prophetic, dreams of a looming apocalypse, the extermination of humanity by beings so hideous and familiar that Robert can barely bring himself to contemplate them. That is, until he befriends an introverted eccentric named Howard Lovecraft, who is suffering similar premonitions and enhancements. As these two attempt to unravel the global nightmare unfolding around them, they are visited by inhuman beings so frightfully strange, so inconceivably ancient, and hostile to humanity, that both men are slowly driven insane, undermining their friendship, and sending each into his own living nightmare. Fleeing into the wilderness, and meeting up with other enhanced anarchists, enemies of civilization itself, Robert resolves himself to unravel the cosmic conspiracy, to learn the mind-bending truth that underlays his transformation, the civilization he has always hated, and, ultimately, the universe itself.

AS I SIT QUIETLY IN THIS CROWDED CAFÉ, ALONE WITH MY TEA and my notebook, an anonymous stranger amongst many, I am made forcibly aware of the fact that this will be the last time I shall be permitted to sit peaceably, shoulder to shoulder with my fellow man. By this time tomorrow my name and face will have appeared in all the major New England papers and associated with crimes so ghastly that I will be universally reviled, hunted down, and (if only they could find me) murdered like a mad dog. The meek-mannered and amiable citizens of York, Maine, will have organized themselves into selfrighteous vigilante mobs, eager to comb the hills in search of a most hated scapegoat, a fiend in human form, whose existence they will not abide. Some, having seen my face in the papers and on wanted posters may even recall that the day before the story broke they sat harmlessly near to me in this crowded café… and they will shudder at such intimate proximity. They may even recall seeing me scribbling this, my final letter, in which I shall attempt to elucidate the incredible circumstances of my imminent disappearance from the face of this green earth. This, therefore, shall necessarily be my last attempt to communicate my experiences to my own species. Of the atrocities that will be found in the abandoned farmhouse on Arnold Lane, in Sudbury, Massachusetts, I can offer no earthly rationale. I know that I am objectively responsible for them and this I freely admit, knowing, as I do so, that I have precious little hope of explaining what has driven me to do such things, without sounding, to the great herds of humanity, like a depraved psychopath. What I hope to show to the thoughtful reader (if there be such a one) is that it was not merely "I" who committed those admittedly heinous brutalities but also… an incredible and indescribable Other… a being which first came to me in the early days of my youth, and slowly, by some unknown specie of telepathy, found a way to insinuate Itself amongst my very thoughts, to govern and manipulate my mental faculties. The slaughter in the farmhouse is merely the most recent example of that which I was compelled to do in the course of my service to this being. It is only the aftermath of their peculiar manner of feeding that you will find there upon the farmhouse floor (and also in the tool shed, the cellar, and in the corner of the yard near the fence).

How may I hope to speak of such things to the uninitiated? How might I describe those painful "transmissions," which began as a mere melancholy, a simple depression in spirit, some 25 years ago, and have since grown into this all-consuming, mind-erasing obsession? How might the dead words on this page possibly convey the frightful things I have seen and heard and done? I realize that I cannot say whether I am insane or not. Were I mad, so I am told, I would not necessarily be cognizant of the fact. Nevertheless, I would very much like to know if what I've lived through has been real or is only some elaborate, self-organized delusion. I sincerely hope, for the sake of all the living things upon this earth, that it might be the latter and not the former. I fear that I shall have my answer soon enough. Perhaps, dear reader, you shall too. There is just one more thing which I must say before I begin, a thing which haunts me with its pathetic sweetness and makes my heart ache as I write these words. Ever since my earliest boyhood I have suffered from a vivid, recurring nightmare, in which I die brutally at the hands of a lynch mob. And now, as this exact fate seems to be closing in around me, I am genuinely touched and heartbroken by the poetic possibility that I have, since early childhood, been dreaming vividly of my own death. The mind is a labyrinth in which we flatter ourselves to think that we are the '…captains of our soul.' The idiot who said that probably beat his children and dreamt of bloody murder.