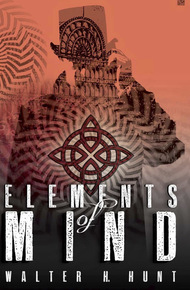 When James Esdaile, a Scottish doctor, traveled to India in the early nineteenth century in service to the British East India Company, he began to employ mesmerism—an "alternate science," said to provide the practitioner with control over the subject's mind and body—as a palliative anesthetic. His ability was enhanced by the use of a curious artifact: a small statue from a pre-Hindu culture. In his correspondence with Rev. William Davey, the head of the Committee, a secret society of English mesmerists, Esdaile offered to bring it back at the end of his time abroad. When he abruptly changes his mind, he becomes an enemy of the Committee—and must engage in a devil's bargain to protect himself: he arranges for a young woman to be inhabited by a chthonios, an elemental spirit of the earth, and marries her just before leaving India. In order to free himself from the spirit, he commits suicide in the exact center of the Crystal Palace—where neither mesmeric power nor the wrath of the chthonios can affect him.

But that is just the beginning. Reverend Davey, following the story told by Esdaile's widow—now freed from the possession of the earth-spirit—travels in search of the elusive artifact, following its trail all the way to India and back again. Davey is drawn into the interplay of forces—mesmerists, elemental spirits, and the ghosts of history—in his quest to obtain the artifact, while the spirits search for a way to open the Glass Door that separates them from the world of men, who exiled them so long ago.

With Elements of Mind, Walter H. Hunt takes us across time and across continents to bring us a gripping tale of mesmerists, elemental spirits, and the ghosts of history. – Allyson Longueira

Introductions in the half-light

I should be remiss if I do not state, at the very beginning of this narrative, that the last thing I would have wanted to do was to kill James Esdaile. He was a brilliant man, a colleague, and I daresay a friend. It would be trite, however, to state that I had no choice or that he brought it upon himself or some other such nonsense, for it was clear to the Committee that those statements were self-evident and utterly, tragically true.

I similarly refuse to offer any apology regarding the act itself. Taking another's life is nothing to undertake in haste or without good reason. Neither condition applied when the Committee embarked upon the decision. I was ready, and willing, to punish Esdaile for his betrayal. My clerical profession might demand that I refuse to commit such an act … perhaps; but the time for such petty moral self-flagellation was already long past.

If he had not taken his own life, I might have procured the information that it ultimately took me more than two years to obtain. Other consequences might have been avoided. And if he truly wished death, then he should have had it; not by a cruel poison, but at the hands of one who once called him friend.

Readers of this narrative must be prepared to forgive its author for the way in which he relates his tale. In order to understand how we arrived at the fateful January morning, I sought to track James Esdaile's course. This effort took me to Scotland and ultimately to India—and at the far end of my journeys, I found myself at the beginning of the story. This is not how tales should properly be told; any tutor at Oxford or Cambridge would be most displeased with my narrative style—commencing with the end and concluding with the beginning. Nonetheless, I liken my search for the truth to Theseus's travels through the labyrinth of the Minotaur: I had my ball of string in one hand to direct my path, and my ball of pitch in the other to thwart any enemy that opposed me.

As I witnessed little of the story myself, I was compelled to depend upon the accounts of many people in sundry places. The reader may rely upon the fidelity of my own recounting of their observations, as in many cases my own skill with the Art assured me that they told what they knew to be the truth—and in other cases there should be no reason to doubt.

Before I commence with their stories, however, it behoves me to offer my own introduction. I flatter myself to think that everyone in the mesmeric world should be acquainted with me, but no writer can be certain of the identity or era of his readers.

My name is William Davey. My father, Edward Davey of Honiton, followed his own father's lace-making trade, in the town where the best of the Devonshire craft can be found. Two hundred years before I was born, Flemish refugees came to Devon and brought their skills and styles with them, and from the time I was old enough to take note of it, I remember the older men and women sitting outside their thatched cottages to get the best sunlight, bent over delicate work that would become a wedding gown or a christening robe.

I could not imagine growing old that way. My father and mother, my uncles and aunts, and those of my siblings who entered the trade grew nearsighted and rheumatic before their time. There might have been no escape: university was beyond consideration and the Law far too expensive.

I was rescued from Honiton by a wealthy Dissenting patron, the celebrated Reverend Doctor G___., a friend of the renowned Sir William Hamilton whom I later encountered in mesmeric circles. I later learned why a humble craftsman's son might be plucked from such circumstances and taken on as a protégé; Reverend G___. saw the mesmeric spark in me and determined that I would be a useful—and loyal—ally in years to come.

My patron placed me at Manchester College in York, where I was transformed from lacemaker to Presbyterian minister. It suited me: I was more inclined toward the academic than the artistic. As a tutor for his children, I could leave the world of Devonshire lace behind.

In the fall of 1837, I read of the extraordinary feats of the Frenchman who styled himself the Baron Dupotet de Sennevoy, an adept of the mesmeric arts transmitted directly from the great Mesmer. I was skeptical of the claims he made: my patron had not yet spoken to me of the Art—yet when I witnessed his skill in person, I was convinced. Dupotet took me aside and told me that he thought me capable of the same feats.

I remember his words as if they were spoken only yesterday.

"Let me assure you that those who can feel the mesmeric forces are few; and they move in a sort of half-light—yet all about them the world is in darkness. When only half-light is available, we must be guided by it alone."

His words were prophetic, and his assistance changed my life. Within a year came the extraordinary examination of the claims of Dr. Elliotson and the exposure of his prize subjects, the O'Key sisters; and though the Committee empanelled to examine such mesmeric claims dismissed the matter, those with actual skill and perception continued to practice. Ultimately, that created alliances—and, of course, enemies. One of the first victims of this struggle for power was my own patron, Doctor G___., who regrettably had a weak heart during a period of dangerous conflict within the society. It made me realize that if choosing sides was a dangerous business, then seeking to avoid alliance was even more so.

Truly there was but one solution: to stitch that society together, like a fine bit of lace-work. Some stitches needed to be dropped and others pulled tighter. Power beckons, and those who wield it compel others if they must. The skills and gifts are too valuable to be left unregulated.

I became a supporter of the famous Dr. Elliotson, whom the non-mesmeric world accounted a fraud. Yet he was the first of our geniuses. Despite all of the imprecations against him from outside our society, and all of the bitter rivalries within, he was powerful enough to survive when many did not. He was sufficiently devoted to the Art itself that he found leadership unattractive—he remained on the sideline, protecting and protected by his powerful friend, the famous author Mr. Dickens, observing the developing leadership struggle.

There can ultimately be only one master weaver. It was Edward Quillinan, the sensitive poet, who emerged as the Chairman. He established our codes of conduct and set the tone and direction of our society's development. Four years after the Committee's inception, Quillinan resigned to care for his invalid wife, and though I was no particular friend, he chose me as his successor.

Esdaile and I began to correspond in the spring of 1845 about the statue that he had found; the power he described would have secured for me the Chairmanship of our society, protecting me from the many who sought to wrest it from me; Esdaile would have assuredly had a place at my side. When he informed me that he had left it behind in India, I rightly viewed his action as a betrayal. When he died, he thought that he had secured it and its secrets, taking its location to the grave with him.

We were both incorrect, but I am getting a trifle ahead of myself.

I did not yet know where that betrayal would lead. As Dupotet had told me more than two decades before, I was in the half-light. But the rest of the world was still in darkness.