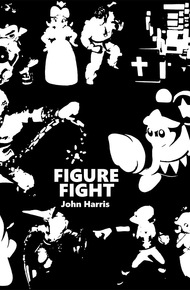 Buried in Super Smash Bros. Ultimate is a curious little subgame where you can take AIs housed in amiibo toys and bring them forth to great and violent life within its fighting game universe, with you put in the role of their trainer. What's more, you can take these uppity little trinkets online and pit them against the belligerent knickknacks of other players. The author has been obsessed with this bizarre yet entertaining mode for months. Smash Ultimate's amiibo support still holds many mysteries, but here he reveals to you what strategy and secrets he could suss out of this thoroughly ridiculous mode.

John has the remarkable ability to zero in on seemingly trivial details of games and shine a light on their fascinating composition. Figure Fight, his exploration of training amiibo figures on the Switch's Smash Bro., is one of his most fun reads yet. – David L. Craddock

I bought my first amiibo for use with the Wii U game Splatoon. Splatoon used amiibo in a fairly desultory way, just as a way to unlock minor features. My figure (named "KidCthulhu") didn't get pulled out much. It gathered dust on a shelf for over a year.

Upon Smash Ultimate's release the Internet Journey feature had not yet been introduced. I got my first amiibo from a friend who had gotten a Link figure when the previous edition of Smash came out, the one that introduced figure battling to the series. Having tired of his little plastic ward it was bestowed upon me, making him what some might call "an enabler." I registered the figure with my own version of Smash for Wii U, but I didn't play that game much so I didn't give Link much thought. It joined KidCthulhu on my shelf. Time passed.

Smash Ultimate came out with its expanded figure player support, but no journeys. I converted my figure over to the new game and played with it a bit, but didn't do that much. I had vague desires to try to create strange and fun figure players, to see how far the system could be bent, but as a wise being once said, "Earth certainly is full of things," and there are many distractions in gaming on console and PC, so more time passed.

During this time a Five Below opened in my town. For those not blessed with one of these stores, everything they sell is five dollars or less. Things that would be out of place on a Dollar Store fit in well in a Five Below, and they had an eclectic selection of amiibo figures. Each less than half the retail asking price of $12-16, I managed to get several figures: Kirby, Peach, Daisy, Wario, Ryu, Yoshi, and others. All of these characters are in Smash Ultimate, can be registered with the game and function as host to their own Figure Player. Interesting. But, not interesting enough.

It was the internet journeys that got me hooked.