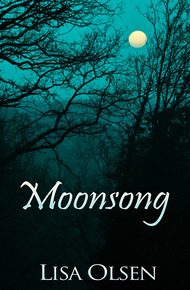 After werewolves attack her family, Amelia Singer escapes to Cutter's Folly in search of her long lost grandmother. There she finds the strangest revelation yet: not only is she descended from a long line of shapeshifters, Amelia's firstborn is destined to lead the pack to dominion over all others. Now power hungry shifters everywhere will stop at nothing to share in that prophecy. Choosing a mate is the only way to end the violence, but how can she be expected to choose a man she's known for less than a week? At the heart of this struggle, Amelia is torn between Chase, who makes her pulse race with a single sultry glance, and Cutter, a reclusive but tempting loner with secrets of his own. Can fiercely independent Amelia find happiness with the pack, or will she rebel under the pressure and take her chances on her own?

I love shapeshifter stories. Combine that with a strong female lead and werewolves? Sold!! This is one that will not disappoint!

"The author gives us the best parts of a werewolf saga (dominant males posturing for power), tempering it with a strong female cast, especially Millie herself who doesn't put up with anyone else telling her what to do." –David H. Burton

"Chase?" Amelia stepped out into the back yard, not quite sure how to find him.

"Did you have a nice time shopping?"

It took her a moment to find the source of the voice, but she finally located him around the corner, leaning against the side of the house. There was a swimming pool set into a natural rock formation she'd missed on her first look at the grounds that morning. "Apparently I needed a party dress so…"

"You bought a party dress?" he started laughing, nearly losing his balance as he fought to catch his breath.

"What's so funny about me buying a party dress?" she frowned; not liking being the butt of whatever joke tickled him so much.

"Nothing… it's just ah… you'll be a little overdressed," he straightened, still chuckling.

"What do you mean overdressed? I thought there was a party going on tonight?"

"There's a gathering, not exactly your chips and dip kind of affair. It's a little more… au naturale if you catch my drift," he gave her a pointed look.

"It's not like wolves wear a lot of clothing. Unless you count a wolf in sheep's clothing, but then again wool gets kind of scratchy," he pretended to consider.

"Are you seriously telling me this will be a 'clothing optional' get together?" Amelia's voice rose an octave. That was so not happening… There was no way she was going to strip down and be presented to the pack like a piece of meat.

Chase stared at her gravely before his smile broke through again. "It's just so easy…"

Realization dawned on her; he was pulling her leg! "You bastard! It's all bullshit!" She smacked him across the abs in indignation, cheeks growing hot with embarrassment over how gullible she'd been. "And to think I was actually coming out here to get some straight answers out of you!" She turned on her heel and started back to the house with long angry strides.

"Wait, wait, wait…" It took mere seconds for him to catch hold of her arm and insinuating himself between her and the house. "I'm sorry, I couldn't resist." The amusement remained in his face but there was a contrite note to his voice.

"You're so adorable when you get all flustered like that." His voice dropped, low and intimate, as he stroked the side of her face with the back of his hand. "Red is definitely your color."

"I'm glad you find me amusing," she muttered, swiping his hand away.

"Hey, I'll be good, I promise. Ask me anything you want, scout's honor." Chase caught up the hand that swatted him away and pressed a kiss to the base of her thumb.

The intimate gesture caught her off guard, and she lost track of what she was going to say next, tongue darting out to moisten her lips. "You were a boy scout?" slipped out, not what she'd intended to ask at all.

"Well… no, but you catch my drift," he grinned back at her, thumb tracing little circles over the back of her hand.

Amelia found it oddly disconcerting, he wasn't acting much like a cousin… well there was such a thing as kissing cousins wasn't there? That thought was quickly shoved away. "So, what will happen tonight?"

"No secret pagan rites, no dancing naked under the pale moonlight if that's what you're worried about."

"You're not allowed to come to those."

"Beg your pardon?" she squeaked. Was he teasing her again?

"Oh we have 'em right enough, but not just anybody can attend. You my sweet… you would definitely not be allowed to come, you'd prove much too much of a distraction," his smile turned predatory again.

Amelia felt that smile right down to her toes. Had he edged closer to her than he'd been a moment ago? She took a half step backwards, needing that space between them to keep her wits about her. "What happens at those gatherings?"

"Oh no… I can't tell you, we have our secrets after all." He took a step closer to her, closing the distance between them almost as soon as she opened it up.

"Now you've got me curious… I might have to try and sneak a peek at your secret gatherings sometime," Amelia teased, and the smile dissolved from Chase's face.

"You have to promise me never to go into the woods at night, Millie."

"Oh, stop being melodramatic," she tried to pull her hand away but he held it fast.

"There are dangerous things in the woods, things that wouldn't hesitate to gobble up a tasty morsel like you. Promise me, Millie, you will never venture into the woods at night without my protection," he insisted, his voice grim.

Millie stared up at him, not sure whether to take his warning at face value or if he was messing with her again. "Alright, I promise," she agreed. It wasn't like she made a habit of wandering through the woods at night anyway.

"Good." Loosening his hold on her hand again, he brought it up to his lips and kissed her fingertips.

Snatching her hand away, she took another step backwards again. "Um, about tonight…"

Chase let out a long, drawn out sigh. "You're not going to let this go are you? It's nothing sinister, I promise. Pretty much we'll all gather in a clearing, you'll sit up by Gran so everyone can get a good look at you. Gran will make a flowery speech about fate and the future of the pack, and then there will be food. If we're lucky, not too many toasts and then probably some dancing, I swear. No virgin sacrifices," he grinned.

"Oh, I'm not worried about that, I'm not a virgin," Amelia replied glibly.

"Don't let Adele hear you say that, she'll make you go through a purification ritual. I don't recommend it," he wrinkled his nose with distaste and she laughed.

"I'm just saying… I wouldn't volunteer that little tidbit," he shrugged. "But seeing as how you're not saving yourself…" he took another step closer to her until she was backed up against the side of the house.

Her hand came up to rest against his chest again, pushing back firmly, for all the good it seemed to do her; he was solid as an oak and just as immovable. "Last time I checked this wasn't Alabama…"

"Huh?" his head cocked to one side in confusion.

"Cousins? This sort of contact leads to offspring with webbed toes and low IQ's," she arched a delicate brow at him.

"Oh right…" he nodded, "Is that the only objection you have towards that sort of… contact?" Fingers rose to tuck an errant wisp of dark hair back, caressing the curve of her ear in the process.

A shiver of delight passed through her at the touch, but Millie tried her hardest not to let it show on her face. "It's a pretty big objection," she managed to get out fairly evenly, but she couldn't help but notice the feel of his chest beneath her hand, the heat seemed to seep right out of his clothes and envelop her.

"Still, if I wasn't your cousin?" he pressed, and her lips curved into a mischievous smile.

"Too bad," Chase sighed dramatically, leaning in close, his lips brushing the outer whorl of her ear. "You know… I'm not actually your cousin," he breathed, drawing back to catch the widening of her eyes with a smile of pure pleasure. "Adele adopted us when our parents died. See you tonight." With a slow wink he pressed another kiss to the center of her palm and released her, heading back into the house without a backwards glance.