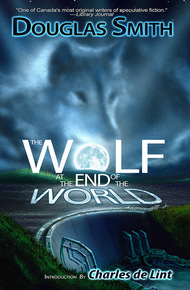 Gwyn Blaidd is a Heroka of the wolf totem. Once he led his people in a deadly war against the Tainchel, the shadowy agency that hunts his kind. Now he lives alone in his wilderness home, wolves his only companions. But when an Ojibwe girl is brutally killed in Gwyn's old hometown, suspicion falls on his former lover. To save her, Gwyn must return, to battle not only the Tainchel, but even darker forces: ancient spirits fighting to enter our world… And rule it.

A master class of a shapeshifting story, a blend of fantasy, horror and page turning thriller. You'll love it from the first to the last page.– -Daniel Potter