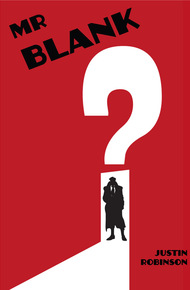 Every conspiracy has one... me.

And now someone's trying to kill me.

When everyone has a motive, everyone is a suspect, and I don't even know who all the players are. It's a race against time to figure out who wants me dead, and why, and how to prevent all the underground conspiracies, aliens, cryptids, and things that go bump in the night from throwing the world into chaos while I'm at it.

Just another normal day at the office, really.

I do the scut work, the crap no one else wants to do. I don't fly the black helicopters, I don't mutilate any cattle, and I sure as hell don't kill anybody. But if you need your lone nut's gun conveniently lost, I can do that. If you need a witness to get a weird visit from someone who might or might not be from the government, I have a suit one size too small and some gray pancake makeup in my trunk. I can't find the Ark of the Covenant, but if you need it FedExed somewhere, I'm your guy. If you need someone found, followed, called, hung up on, put in the dark, initiated, or just driven to the airport, I can do that, too. It's these kinds of unglamorous errands that keep the shadow governments moving, and without guys like me, nothing would get done at all. Yeah, every conspiracy needs a guy like me. Problem is, they all have one.

I'm a Rosicrucian, a Freemason, a Templar, and a Hospitaler. I have links to double-black agencies in the CIA, the ONI, the NSA, and the Secret Service. I'm connected to the Mexican Mafia, the Triad, the Cosa and Kosher Nostras. I'm an agent of the Vatican, the Servants of Shub-Internet, a Discordian, and an Assassin. I'm a Knight of the Sacred Chao, a Brother of the Magic Bullet, and an Illuminated Seer of Bavaria. I can find Symbionia, Thule, Shangri-La, and the entrance to the Hollow Earth on a map. I know who really killed both Kennedys, MLK, Marilyn Monroe, and Castro. Yeah, Castro's dead—that double was doing a mean Tevye on the dinner theatre circuit when we found him. I've met Little Green Men, Atlanteans, and two of Oswald's clones. I've seen Bigfoot's W-2. The only thing I've never met is a vampire, because there's no such thing, no matter what anyone says.

I'm a member of these organizations, but I'm not high on the totem pole. I'm pretty much one step up from innocent bystander in all of them. Ever been to a fancy party? One of the really nice ones where waiters in crisp black and white wander around with trays of crab puffs and champagne flutes and there's not a single red plastic cup to be seen. Think of one of the waiter's faces. You can't, can you? No one can. The human mind has finite space to use, and it's going to ignore whatever it thinks it can, and that includes people who do menial work. Safer for the waiters, too—and no one at that party was planning to sacrifice them to some Elder God they just resurrected out of old computer parts. Anonymity is better than a bulletproof vest down in the information underground.