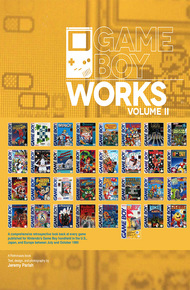 Although perhaps best known for classics such as Super Mario Land 2 and The Legend of Zelda: Link's Awakening, Nintendo's Game Boy hosted plenty of more obscure titles, some of which never saw release outside of Japan. Jeremy Parish highlights plenty of both here, in a writing style as informative as it is plain fun to read. – David L. Craddock, curator, StoryBundle

Lunar Lander: We've seen plenty of '70s vintage works pop up on Game Boy, including the likes of Space Invaders and the beloved Heiankyo Alien, but Lunar Lander stretches all the way back to 1969. It's the only Game Boy release ever conceived while the Beatles were still together. And since Pong would only appear on Game Boy Color rather than the monochrome system, this is also the only original-model Game Boy work to have been created while Nixon was president. In short, this game is old.

Of course, Lunar Lander for Game Boy barely resembles the original iteration of the game, which a high school student by the name of Jim Storer created for the room-sized minicomputers that existed in the year 1969. That original iteration took the form of a text-based exercise, similar to the earliest versions of Oregon Trail. Back in 1969, of course, video games didn't even really exist, so the mere concept of typing words into a computer and having it return some sort of constructive descriptive text was profoundly novel.

It makes perfect sense for a game of that time to have echoed the real-life moon landing. The drama of Neil Armstrong's extraplanetary walk had captured the public's interest, and Lunar Lander was a chance for nerds everywhere (or at least the ones with access to a PDP-8 computer) to live out a simulation of the actual moon landing. The one that was happening on television, right then, in real-time.

This 1990 release, of course, barely resembles that primitive minicomputer creation from more than 20 years prior. Even if the gaming audiences of 1990 had possessed the same tolerance and awe for text-based games as they did in 1969, the Game Boy didn't precisely lend itself to text entry. Rather, Pack-In Video's release has more in common with Atari's arcade version of Lunar Lander, which had shipped a full decade after the original. Pack-In Video doesn't appear to have licensed Atari's game, however; Lunar Lander's fuzzy origins as an academic work seem to have left it without a firm trademark or copyright. Once Atari adapted the concept to a graphical version, the clones began flooding in. This, then, would be one of those clones.

Clocking in a full decade after the arcade game's arcade heyday, Lunar Lander for Game Boy doesn't simply reproduce the stand-up version's design any more than Atari's version reproduced the text version of the game. Pack-In Video greatly expanded on the concept of Lunar Lander here, to the point that the part people think of as "Lunar Lander" constitutes a minority of the Game Boy experience. While the classic Lunar Lander game is here, you have to work to find it.

The original concept behind Lunar Lander was all right there in the title: Players had to guide a Lunar Excursion Module safely to the surface of the moon. It was an exercise in physics modeling and math, really, as your task involved a lot of using counter-thrust to nudge the LEM safely to the ground by negating its descent and minimizing its horizontal shear. The original game involved typing in a lot of numbers and hoping for the best. Atari turned it into a vector-based game with a control setup similar to the one that would appear the following year in Asteroids. Players had only four controls to work with: Buttons to rotate their LEM clockwise or counter-clockwise, an abort button, and a very satisfying thrust handle that could be pushed forward or pulled down to adjust the power of the LEM's retro-rockets.

The Game Boy release obviously couldn't incorporate that huge analog lever, so Pack-In Video did the next best thing: They added new modes. The original Lunar Lander element of the game appears here, but only as the second of a three-phase experience. This makes for a pretty weird take on Lunar Lander.