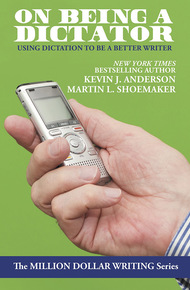 Martin L. Shoemaker is a programmer who writes on the side... or maybe it's the other way around. He told stories to imaginary friends and learned to type on his brother's manual typewriter even though he couldn't reach the keys. (He types with the keyboard in his lap still today.) He couldn't imagine any career but writing fiction... until his algebra teacher said, "This is a program. You should write one of these."

Fast forward 30 years of programming, writing, and teaching. He was named an MVP by Microsoft for his work with the developer community. He is an avid role-playing gamemaster, but that didn't satisfy his storytelling urge. He wrote, but he never submitted until his brother-in-law read a chapter and said, "That's not a chapter. That's a story. Send it in." It won second place in the Baen Memorial Writing Contest and earned him lunch with Buzz Aldrin. Programming never did that!

Martin hasn't stopped writing (or programming) since. His novella "Murder on the Aldrin Express" was reprinted in The Year's Best Science Fiction: Thirty-First Annual Collection and in Year's Top Short SF Novels 4. His work has appeared in Analog, Galaxy's Edge, Digital Science Fiction, Forever Magazine, Writers of the Future 31, Year's Best Military and Adventure SF 4, Avatar Dreams, and select service garages worldwide. He received the Washington Science Fiction Association Small Press Award for his Clarkesworld story "Today I Am Paul", which also was nominated for a Nebula award and appeared in four year's best anthologies and eight international editions. The story continues in Today I Am Carey, published by Baen Books in March 2019. Another novel, The Last Dance, will be published by 47North in Fall 2019.

On Being a Dictator by Kevin J. Anderson and Martin L. Shoemaker

Tired of being stuck in a chair behind a desk?

Do you want to write more without sacrificing your health and sanity?

These two die-hard "dictators," share their techniques and insights into how dictation can help you
•Improve your writing productivity
•Use otherwise lost time to brainstorm, plot, develop characters, write articles, and more
•Get inspired by leaving your confined office and getting a fresh perspective elsewhere
•Stay in shape while writing

On Being a Dictator, part of the Million Dollar Writing Series, will help you think outside the box, consider a different writing method, and up your game in the fast-paced ever-changing world of publishing.

If you see a person walking along engaged in a vigorous conversation with no one else around, it doesn't necessarily mean he's escaped from the nearest asylum. It could be me talking to myself. But don't be concerned, don't interrupt me, don't bother me at all—I'm writing.

It's been many years since I gave up the keyboard and took up a recorder for my first drafts. Since that time, I've dictated a hundred and fifty novels, speaking the words aloud, rather than typing them on a keyboard.

Maybe you're perfectly satisfied with sitting at your cramped card table after shoving aside the checkbook and the bills to clear a spot for writing. If you really work best that way, then I salute you. For me, as I write this chapter, I am hiking in a canyon above the Colorado River, making my way up to a pristine lake and a spectacular waterfall—I wouldn't trade places in a thousand years.

Let's look at some of the reasons why you should consider writing by dictation.

One of the primary advantages of writing with a digital recorder is that you can do your work outside in a spectacular area, bombarded with inspiration. The world is my office and the details of nature or history itself can provide story fodder.

Under a tight deadline for one of my Star Wars novels, I went to Sequoia National Park, where I planned to isolate myself and get a lot of writing done. After I had settled into my cabin, a mountain snowstorm hit and made the roads impassable. The next day, I trudged out into the new-fallen snow, breaking trail among the pine trees and winding along cross-country ski paths to see frozen waterfalls and beautiful ice shelves on granite outcroppings.

While I walked, smelling the frosty air, seeing my breath in front of me and listening to the wind in the Sierra Nevada mountains, I wrote about Han Solo on the polar icecaps of an alien world. My cold and snowy "office" gave me perfect inspiration for writing that scene.

Other times I have hiked through the arid canyons of Death Valley, along dried ocean beds and over powdery sand dunes. While feeling the heat and the dry crackling air, I wrote many chapters in my Dune novels with Brian Herbert. What could possibly be a better office for writing the story of a waterless planet that would make the Sahara seem like an oasis?

I spent a week in Capital Reef National Park in the slickrock canyons of southern Utah, where I wrote many chapters in my Saga of Seven Suns novels. During my daily hikes, I dictated the adventures of characters exploring ancient, abandoned cities within rock overhangs, very similar to the Anasazi ruins I visited in person.

Even if you aren't in a place relevant to your subject matter, you can still experience sounds and smells and sensations that add vivid details to your prose—details you may not remember while sitting numbed in your cluttered office at home.

Another advantage of dictating while out walking is the solitude and the peace-of-mind you'll encounter. While hiking, you can let your mind sink into the universe of your story, blessedly without interruptions. Out on the trail with your digital recorder, you can avoid telephone calls (because you have wisely turned off your cell phone), social media, the temptation to read your email, do the dishes, scrub the toilets, clean the attic …

Let's face it, writing is a sedentary profession. Full-time authors spend their days seated in front of a screen without a great deal of exercise. Personally, I hate being cooped up in the office and would rather be hiking, or even just walking along bike paths in an urban area. Once I learned how to dictate, I no longer had to choose between a day of hiking or a day of writing. Now I can do both at the same time. Dictation keeps me fit and active.

On a more serious note, some writers are medically forced to abandon the keyboard and have to choose between giving up writing altogether or finding a different method. My wife, bestselling author Rebecca Moesta, suffered from severe carpal tunnel syndrome in both wrists and cubital tunnel nerve entrapment in both elbows, which in the end cost her four surgeries and a draconian reduction of her keyboard time.

Rebecca had always considered me somewhat eccentric with my technique of dictating, but now she found herself forced to get a headset and recorder of her own (though she chooses to spend her dictating time on a treadmill or in a shopping mall, rather than out on a forest trail).

When I'm dictating I manage to produce far more pages in less time than if I'm chained to my desk. I've even learned how to fool myself into writing more than I originally intended to do. In a trick I call the "round-trip deception," I will keep hiking outbound until I have completed one entire chapter … at which point I should have just enough time on the way back to dictate another full chapter. Since I have to walk back anyway, I might as well be writing.

During the week I recently spent in southern Utah, I hiked a total of fifty miles and wrote 168 pages in my new novel, as well as this article. (Hmmm, that's about three-and-a-half pages per mile!)

It would have been impossible for me to do this much at home with numerous distractions.

The most obvious drawback with dictation is that once you've recorded a chapter, then it must be transcribed. Depending on how fast you type, you can transcribe your own files, of course—but to me this defeats the purpose of using a recorder. In the time it takes to transcribe a chapter, I could just as well have written a completely new one.

Always keep in mind that, like any other writing technique, dictation is a skill that must be learned. Give it time and practice.

You may become self-conscious when people look at you talking surreptitiously into your digital recorder—but, in the words of Richard Feynman, "What do you care what people think?" I'm walking along involved in a story, writing what just might become a best-selling novel. Other people probably assume you're talking on a Bluetooth set.

So keep an open mind if you are willing to try a new writing technique. Go out and talk to yourself.