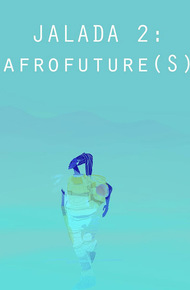 Jalada Africa is a pan-African writers' collective based in Nairobi. Ouraim is to publish literature regularly by African authors, making it as easy as possible for any member to publish anything or execute any literary project as quickly and effectively as possible.

"A collaboration that blew us away is the Afrofuture(s) Anthology from writers all over Africa (and its diasporas) . . . . the anthology features a gorgeous cover from Naddya Olunya, futurities from creatives such as our very own Awuor Onyango, everyone's favorite Binyavanga (Binyavanga Wainaina of course) and a host of other big names in the literary community. . . Jalada's Afrofuture issue as an expression of the Pan-African vision of Afrofuturism. Afrofuturistic art has always been about crossing the borders of time and space: it reaches into the distant past as well as the far future, and across the traumatic breach of the Middle Passage. I love that this anthology brings together voices and visions from different parts of Africa and the diaspora—to me, that's the true spirit of Afrofuturism."– Sofia Somatar, Fiction Editor, NRB Magazine.

Archaeologist Trom Thunbuld lightly tapped the pause button on the viewscreen, freezing playback of the audio file. He sat back, feeling wearily shocked, and looked out the window to the dark rocky beach far below. It was lit only by white thrashing surf as waves crashed into the shore in an endless barrage. High tide tonight, he thought, looking at the relentless waves. The moon dropped from behind a cloud bank as if on cue, its bright green blue hue shining across the sea. The panorama that usually calmed him had no such effect today; what he had just heard ricocheted around his mind:

My name is Hamadziripi, the last human. As I speak, the Delphini are coming. They have my trail, and it won't be long now. Perhaps, while postponing the inevitable, I should broadcast this record of the final days of humankind.

Whoever hears this, I congratulate you. You have succeeded in life where we failed. Perhaps you understand that the whole survives because of each part. Life has long term plans. Too late did we learn the lessons that lay all around and within us. Too late did we realise how complex and fragile the conditions were that enabled our existence. . .

Trom, thought about the receivers, roughly just over 47317 light years away, each one a nearly nebula wide net of fine nano wires suspended in open space, like some unimaginably huge fishnet that trawled for planet sized fish. Except each of the five thousand nets was cast in just the right place, to painstakingly collect very old, very faint, very specific radio waves. The receivers took fifty years of meticulous construction and another thirty two gruelling years of impatient silence. Finally, they arrived, and were superbly netted, the first radio wave transmissions with enough energy to break through the Earth's atmosphere. And in the vacuum of space, forever to travel at the speed of light, away from planet Earth.

How they had celebrated as the data began to flow. What started as a trickle in over just a decade turned into an exponential flood. For two hundred years, Trom and his team had sifted, strained, and pieced the data into individual streams. It had been his life's work, and now it seemed he had just heard the beginning of the end. Trom sighed and, still looking out the window, tapped the viewscreen to continue.

"Before our somewhat brisk downfall, we were foolish and arrogant. We squandered our resources and raped our lands, oceans, and ourselves. We were born whore children, enslaved by an economic system that was controlled by a sociopathic one percent of our global population. By the time the first consequences of our human actions emerged, the fine green line of ecological balance was already well frayed and past any possible human repair."

The moon and the ocean conspired to cast him and his dark office into green, aged sculptures of oxidised copper. Trom pushed his chair back whilst eyeing the next jagged line of audio, cued on the viewscreen. He turned his chair to face the window, and gazed out.

He could see, below the swirling clouds that peppered the moon's atmosphere, broad swathes of green and blue, cut only by high, snow covered mountain ranges. Trom had been to those massive lush green fields and tall forests. He had dug his hands deep into its rich black soils. He had swum just off the shores of its deep and immense fresh water lakes. The moon slowly turned as he watched, revealing a steadily moving topographical face. Trom recognised the jagged slash, white and round, piercing above the dark green. The high rim range of Artobus, created in a pre ancient meteor strike, was just coming into view.