THE BEYOND TWILIGHT BUNDLE 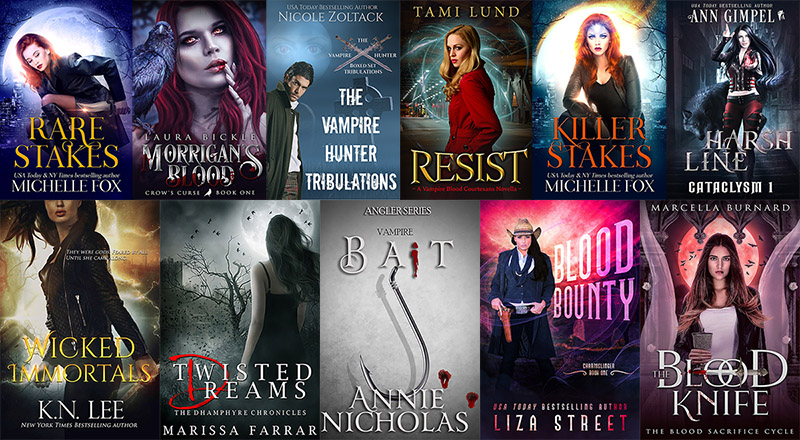 The Beyond Twilight Bundle - Curated by Michelle Fox

Why a Beyond Twilight bundle? It's been more than fifteen years since Bella and Edward became household names, and while Twilight captured the imagination of a generation, today's world is very different. From #metoo, to politics to science and culture, the world is beyond Twilight.

This bundle is about what's next.

We want Bellas who are smart and strong in their own right, and Edwards who are harder, faster, more heroic—or, depending on the story, more sinister.

What takes a heroine Beyond Twilight? She stands on her own and is just as likely to rescue the vampire as be rescued. Our heroines range from clever, sardonic Mel, the psychic FBI agent who becomes mired in vampire politics to Gracie, the loner slayer in a western setting who redefines grit while charming us with her homespun heart. There's also cool, calm, collected Garnet who isn't looking to be saved by anyone as she learns of her own hidden legacy.

In addition, we've arranged for the bundle to take you to Budapest and Jamaica to kick some vampire ass extra hard. The Greek gods have been invited to take vampires out for a spin as well. There are assassins and witches and even college students, all sharpening themselves in opposition to vampires.

Our vampires and heroines break the mold and tell new stories.

So, load up on stakes, grab your go bag, and follow us Beyond Twilight. – Michelle Fox

If you pay at least the bonus price of just $15, you get all four of the regular books, plus seven more books, for a total of eleven!