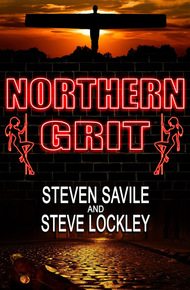 No good deed goes unpunished for men like Jack Stone. His best friend lies bleeding slowly to death when a bad situation goes to worse. A favour's being cashed in. He can't say no. Not that he ever would. He owes Micky Brannon big time. Once upon a time they'd been the Three Musketeers, Micky, Chris Drury and Jack Stone. Then Chris had come back to Brize Norton in a box and Micky had lost his legs thanks to an IED.

Shrinks called it Survivor's Guilt, Jack called it being a mate.

Micky's baby sister, Carly, is in trouble. Jack's promised to find her and bring her home safe. She's not the innocent young kid he remembers--but then he hasn't seen her since she was six and called him Uncle Jack. His search leads Jack into a seedy underworld of sex clubs, violent crime, and desperate people. The locals call it Paradise, the girls trapped there call it Hell. Jack calls it home.